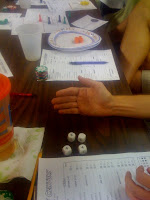 You know it’s bad when I get too busy to write. I’m sure “lifestuff” is the death of many a blog, but not this one, thank goodness.
Major developments include new responsibilities as co-chair of worship at the UU, and the realignment of my entire house to accommodate new housemate. Between these two, I’ve been a little pre-occupied.
Maybe I was also avoiding the blogosphere so as to shield myself from the amazing good-times stories of folks who are at this very moment blogging the writing life at Clarion Writer’s Workshop. I want to know, but I don’t. I got over the politely worded rejection I received a few months ago, and I’ve trained my brain on next year’s possibilities and this year’s publication efforts. Reading about the adventures of the “got-ins” may send me in the wrong mental direction.
I’ve also been logging lots of gaming time, which takes me out of my world and problems for a while and translates as quality time with friends and spouse. Big-time, late-night fun playing Spirit of the Century and Arkham Horror, eating junk food and laughing. On the downside, I’ve been driven insane and devoured by Yog-Sothoth.

Yesterday, before the bad news, I went into a used bookstore to drop off some posters for a local concert. I happened to be waiting in line at the counter just long enough for my eyes to drift over the rack containing film novelizations (which I generally look down upon, bleh). The very top and left book happened to be The Affair of the Necklace, written by Elizabeth Hand, a Clarion workshop leader. Was it a sign? Not a good one, as it turned out, but I did receive news just a short time later. However, it should not surprise me to see an author’s name, on a book, in a book store.

The day before that, I was in the bath, trying to relax and stop obssessing about acceptance/rejection, when the shampoo lather floating in the tub formed into the shapes of two fish. The smaller had a wide-open mouth poised to consume the larger. A sign? I don’t even know of what, but I was distressed and dashed it away.

As a child (and even then I was an aspiring writer), I used to think that writerly work was mythically channeled from some great source, that the ideas burned writers up from the inside until they were let out. The whole notion was that writing is always passionate and exciting, and that great writers were like half-mad artists. When I was a kid, I wanted to be that. Of course, now I’m actually writing, and although at least one story kinda burned its way out, the work I’m doing now has more to do with craft. The difference is that writing craft is taught and learned and shared (and requires time-consuming self-discipline); it’s not wild talent that madly creates in an isolated trance. Ideas come from everywhere, especially for speculative fiction, and random word association can springboard the writer into exciting new directions. All this has something to do with omens (random signs and symbols that are assigned meaning) that I’m not expressing very well here. Maybe you get the point.

Now that my summer has been freed up, I am hard at work on new writing, with the goal of two fresh subs before June in mind.

The current project, tentatively titled “In Like the Lion,” is a short story I started during the wait. It began with a phrase of simple word association, and at the time, I thought of it as very goofy, but at least diverting from the stress of waiting. Now, it seems to be taking on a life of its own, as stories tend to do, and the characters want to go places and see new people. And there it goes, with me in tow.

I’m also shopping around for good online writing workshops to join, if anyone has suggestions.

Finally, word from Clarion, and sadly it’s no. But also some encouraging words:

“The admissions panel feels that you (sic) work shows promise and says you came ‘very close’ to being admitted.”

I’ll keep working and try again next year. At least the process has motivated me to rethink my life a little and put me over the hurdle of first submission fears. In the meantime, I need to start subbing my work elsewhere.

And, my posts can go back to normal instead of just functioning as Clarion tweets.

A big thank you to everyone who sent me good wishes and support! 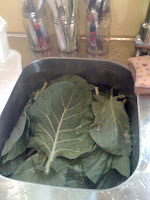 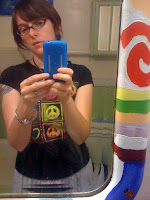 I am occupied by other thoughts, and I am not, not, not freaking out! I am taking stupid pictures of myself (which I will have to add later because Blogger is acting stupid and won’t let me upload).

I am harvesting collards that I grew with my own two black-thumbed hands, and cooking them for my pagan group’s potluck (photo).

I am making out with my husband in the driveway in full view of my neighbors (no photo).

I am thankful to other people for their support and good wishes. I am not complaining.

Edit: Sorry the pics are sloppy, I really don’t get what is going on with Blogger right now. But there they are, anyhow.

Dear Clarion folks,
Perhaps you are inundated with similar requests this morning, but I am writing to contact the program coordinator about my application as suggested on the Clarion website. I have not yet received notification of my application’s acceptance or rejection.

Please clarify if possible. Many thanks for all your hard work.

It is after 8:30 P.M. here, and still no word. I just keep telling myself that reviewers are probably on Pacific time, so it’s early yet for them. Here, it feels very late.

I took a nap (I had a weird dream that there was a neglected dog living in my garage) and then went out for dinner, leaving my phone at home so I couldn’t check email. After that, I took Cinder-Boo out for a long walk (see Sith’s apprentice in earlier post), and then cooked her dinner. Yes, she is that spoiled (and/or I am that yuppy-ish these days). Then I checked the emails again. Still nothing.

Sigh. I’m not even going to speculate. Not out loud, anyway. I need a hug. 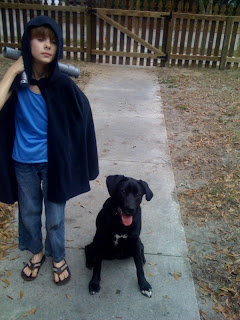 It’s Friday, the 20th of March, and there is still nothing from Clarion. Yet.

Mr. B and I went to homeschool playgroup and to the farmers’ market, and I checked my phone for email alerts about every fifteen minutes or so. You know, casually, trying not to seem disinterested in regular life.

I have cramps, it’s the first day of spring, and momentous news should arrive any time now. I need a nap, but I don’t know if I would sleep, as keyed up as I feel.

I’ve just been over reading posts on the Clarion West forum, where some familiar names are joshing around and wringing their hands in a nervous sweat. See, I was over there because Clarion San Diego, or East, as some folks are calling it, doesn’t have a forum for applicants. Hence, a thread was started over on the CW form, and lot of folks there applied to CSD and CW, so it’s relevant for them. All manner of second-guessing and over-analyzing going on. I realized that I can’t take it, and I’m going to go completely crazy if I keep reading all that stuff.

I’ll just hold my breath for the next 36 hours or so. That should be easier than trying to avoid the blogs and forums. Ha.

I guess I’m thinking too much.

It occurred to me this morning that the Clarion acceptance contact I’ve been waiting for could be a letter in my PO box, which I haven’t checked since Thursday, so I hitched the trail bike to my cheapo boardwalker, and Mr. B (my child) and I pedaled on down to the post office.

“Oh, my legs!” he wailed at some point. Anyway, no letter in the mail. I know that some lucky folks like Jordan Lapp have been contacted via phone call, but I’m thinking that may be a Clarion West thing. I have it in my head that the Clarion SD contact will be emailed/written. Correct me if I’m wrong!

But alas, nothing of note in the PO box so far. On the upside, while I was at the post office, I finally mailed the contract for the academic volume I’m editing to my collaborators so they can sign it, too. Nothing much is happening with that, so I keep forgetting about it.

Then back home to return to repeatedly checking my email in case there’s a notification in there. I also discovered a tidbit that might appeal to other Clarion hopefuls who are sitting around biting their collective fingernails. Clarion’s website suggests reading Kate Wilhelm’s The Storyteller while waiting, and a large portion of it can be found for free here. Or you can pay $16 for it. 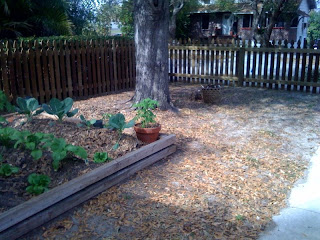 I also tooled around in my garden today and got my toes dirty, which always forces me to slow down. It reassures me, too, that life goes on, however cheesy that sounds. I went back and listened to the UU service about springtime that I did last Sunday, which you can listen to here if you like, mortified as always by the weird sound of my own voice. There’s probably a scientific reason why we don’t sound the same way to ourselves as we do to other people, just like a kind of body dysmorphia where we don’t perceive ourselves the same way others see us.

Mentally rambling, that’s been my day. Just trying not to think about it as much by keeping busy.

The long, drawn-out period of waiting for news about Clarion has finally driven me to accept Vylar Kaftan’s challenge: write a complete story before receiving acceptance/rejection. The point is to stave off anxiety by making it productive. I picked a random idea from the voice recorder app on my iPhone (good ideas come to me while I’m driving), wrote a hook and outlined ideas for conflict/rising action/development. I challenged myself further to write in third person, which I typically feel uncomfortable with. No conclusion yet, though. Is it normal to begin writing on a story before you know where it’s going? I follow that method most of the time. It keeps me from procrastinating too much.

So, now I have until Friday to finish it, maybe. Unless the Clarion folks miss their own deadline for notifying applicants. I fantasize concerning the reason they still haven’t notified me. I won’t go into details there. These thoughts make my stomach hurt.